Von Willebrand disease (VWD) is a common inherited bleeding disorder, however the diagnosis can be complicated by a subjective bleeding history and issues with some current von Willebrand factor (VWF)...
Leer más

Analysis of von Willebrand Disease in the "Heart of Europe".

"I thought everybody bled like that": a patient's experience with von Willebrand disease.

As a kid, I had frequent nosebleeds and bruising. Sometimes, Id have nosebleeds daily and need to apply pressure for 2030 minutes. Thats what I was known for. As I got older, Id get bruises on my legs...
Leer más

Von Willebrand disease (VWD) is the most common inherited bleeding disorder, which results from a deficiency or dysfunction of von Willebrand factor (VWF). The major symptoms of patients affected by VWD include mucocutaneous and gastrointestinal bleeding, easy bruising, and prolonged provoked bleeding due to injury or surgery. Although women and men are equally likely to be affected by VWD, women continue to be disproportionately affected by the bleeding...
Leer más 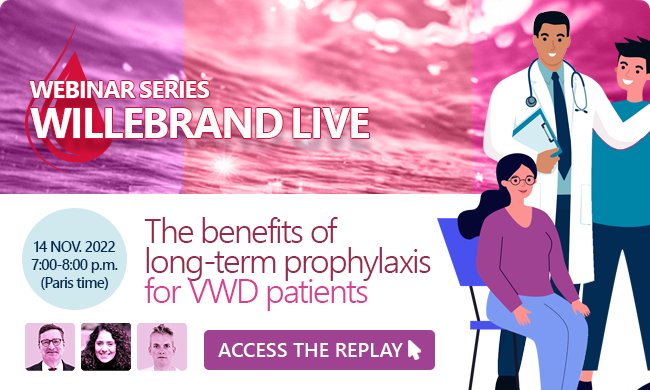